A collection of all my work across a number of platforms. See the sidebar to view specific publications as well as a selection of my personal favourites. 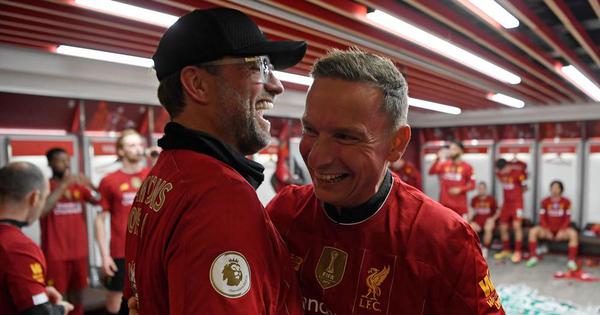 Liverpool must keep Pep Lijnders, but Arsenal are a Jürgen Klopp warning

Something Liverpool fans will never want to think about is life without Jürgen Klopp at the helm at Anfield, but with a contract that runs out in 2024, is Klopp's trusted number two Pep Lijnders in first place to take the German's place? Dutchman Lijnders left the Reds in January 2018 to pursue his dream of being a manager as he took charge at NEC Nijmegen, but things didn't go to plan and Lijnders returned to Liverpool six months later to take over as Klopp's number two. Comparisons between A 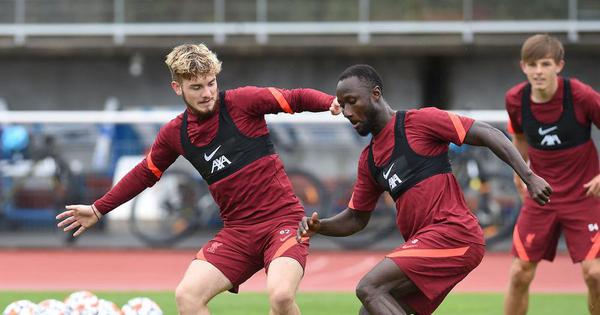 Liverpool have Elliott and Keïta conundrum as Thiago doubt remains

Rarely in recent times have Liverpool approached the first game of the Premier League season with so much intrigue around the starting XI. In seasons gone by, Jürgen Klopp’s team could generally be predicted with relative ease, save for the odd name here or there. When Liverpool travel to Carrow Road to face Norwich City, there are question marks from front to back. Will Roberto Firmino or Diogo Jota get the nod? Will it be both? Are Virgil van Dijk or Joe Gomez ready to start in defence? Even 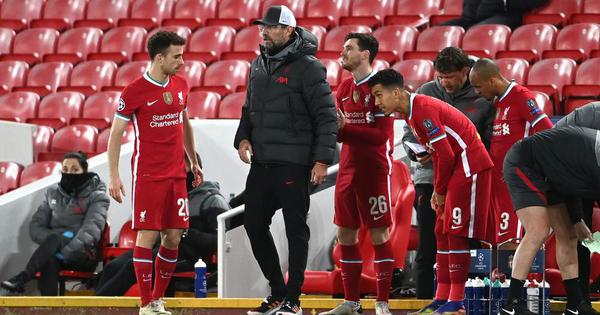 Last season, Roberto Firmino managed nine league goals and seven assists. He was widely presented as having suffered a major decline. There’s just one problem. The season before, the title-winning season, he posted nine league goals and eight assists (from more minutes played). Few people were rushing to criticise the Brazilian when he lifted the Premier League trophy. Unless that one extra assist makes the world of difference, something very strange is going on here — diving into the numbers sh 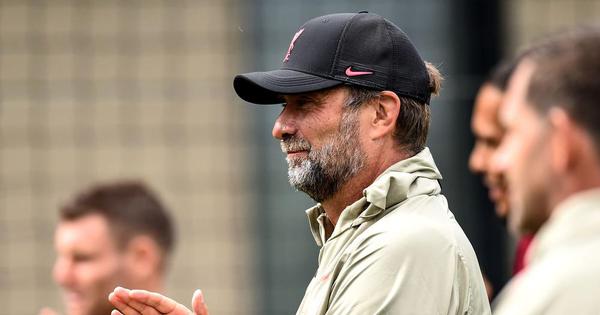 Liverpool have had a quiet transfer window. Ibrahima Konaté is perhaps unfairly going under the radar, what with the business having been conducted so early on in the summer, but if he is the only man through the door at Anfield then it will raise some eyebrows. As rivals continue to strengthen, there is an understandable — albeit overblown — fear of getting left behind. As such, Jürgen Klopp’s latest comments duly caused a fair degree of alarm in certain portions of the fanbase. Unfortunately, 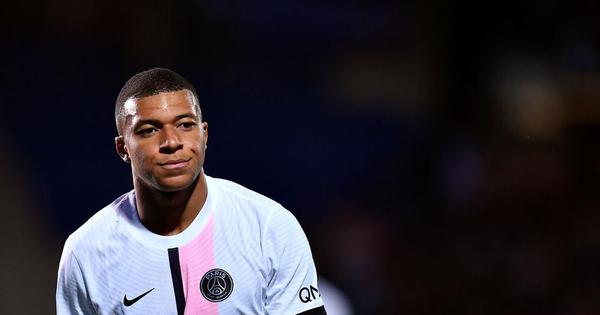 Welcome to our Liverpool.com media watch piece. Maybe not the first, we've definitely done transfer round-ups before, and European round-ups, so I guess in some ways it's not that new at all. Anyway, we thought we would enter the world of football in a broad and roundabout manner for you and have some fun with some of the stories and captions doing the daily rounds. The Daily Mail reports that Harvey Elliott is in contention for his first cap with the England under-21s. Newly-appointed coach Le 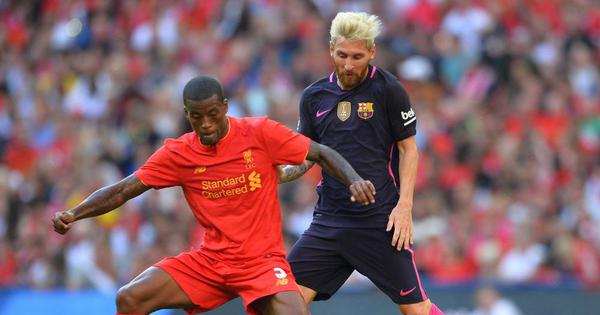 Jürgen Klopp loved Georginio Wijnaldum. That much is clear: from the stories that have emerged since the midfielder’s departure for Paris Saint Germain, it seems apparent that the manager would certainly have liked to keep him at Liverpool. Even so, the game moves on, and Wijnaldum now finds himself the unexpected beneficiary of Lionel Messi’s shock move to the French capital. However, while the chance to play with the greatest player of all time is no doubt a privilege, it will be the biggest t 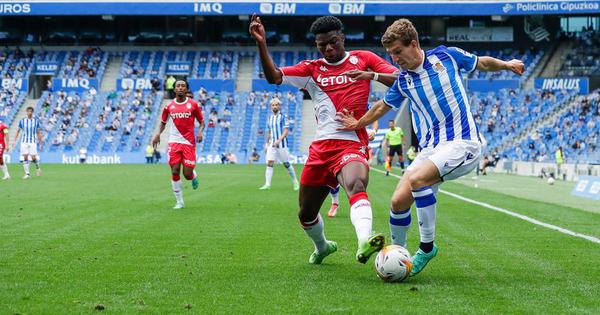 Liverpool linked with transfer for £25.5 million starlet amid Juventus interest

They say Tchouaméni cooks spoil the broth, but the Monaco midfielder would surely slot nicely into the Liverpool midfield. Aurélien Tchouaméni is in the all-action mould of Georginio Wijnaldum, and with a reported price tag of £25.5 million he could be a reasonably budget option for Jürgen Klopp as the transfer window nears its conclusion. It has been a meteoric rise for Tchouaméni. A move to Monaco beckoned last January after just 37 first-team appearances with Bordeaux; the 21-year-old made 4 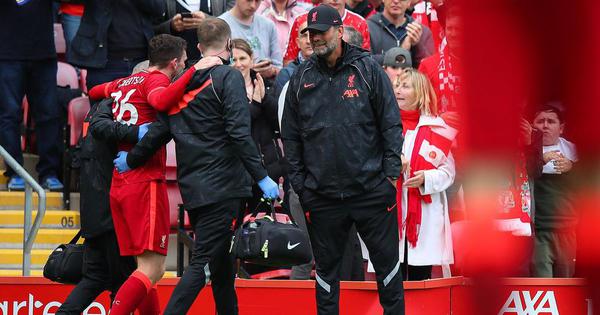 Welcome to our Liverpool.com media watch piece. Maybe not the first, we've definitely done transfer round-ups before, and European round-ups, so I guess in some ways it's not that new at all. Anyway, we thought we would enter the world of football in a broad and roundabout manner for you and have some fun with some of the stories and captions doing the daily rounds. Liverpool completed their preparations ahead of the new Premier League season with a resounding 3-1 win over Osasuna. The final sc 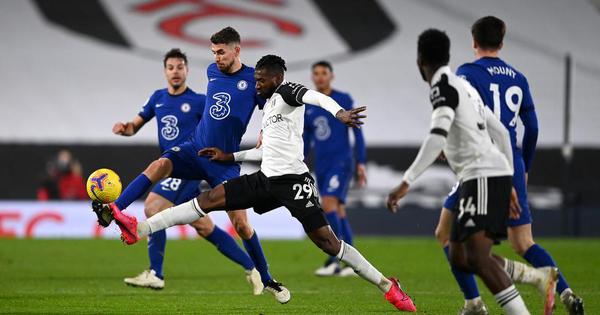 As the transfer window approaches the business end, Liverpool still find themselves without a new midfielder. It was widely assumed that somebody would come in as a replacement for Georginio Wijnaldum — while the pre-season form of Harvey Elliott and Naby Keïta has perhaps dialled down the urgency, there is still a feeling that an extra body would make things far more comfortable for the coming campaign. Jürgen Klopp may sense an opportunity in the form of André-Frank Zambo Anguissa, who was omi 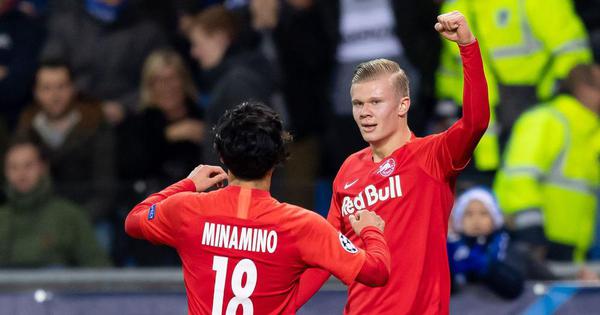 Liverpool and Takumi Minamino seemed like a match made in heaven. The Japanese had all the hallmarks of a transfer steal, plucked, thanks to Michael Edwards' close relationship with Red Bull Salzburg, ahead of Manchester United, for a tiny £7.25m fee. While it hasn't quite worked out so far at Anfield, though, for Minamino, he could still prove to have been a worthwhile addition to the squad. Minamino could yet depart this summer, but it appears more likely he will stay and be a squad player fo 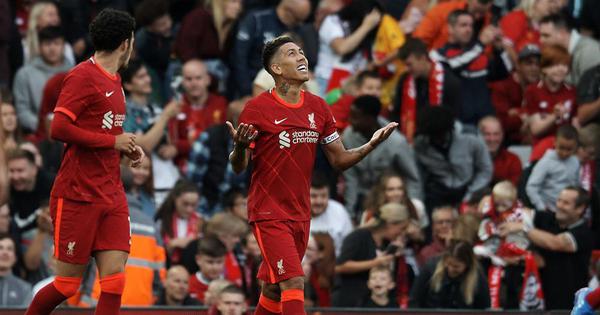 Having played out a 1-1 draw with Athletic Club yesterday, Liverpool took on another Spanish opponent at Anfield today. This time, they ran out comfortable 3-1 winners. Naturally, many of the squad’s big hitters were rested after playing so recently, but the likes of Fabinho, Roberto Firmino, Kostas Tsimikas and Ibrahima Konaté were saved for this fixture. Thiago Alcântara and Jordan Henderson were also both given their first run-outs of pre-season. The pair arrived late following their Euro 2 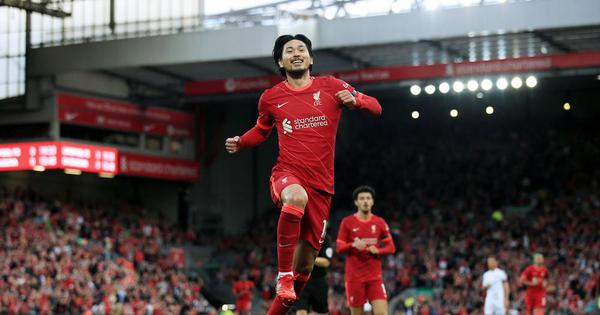 Roberto Firmino took the headlines in Liverpool’s final pre-season friendly, striking twice in the first half against Osasuna to set Jürgen Klopp’s team on its way to a comfortable 3-1 win. The manager will no doubt have been thrilled to see the Brazilian find his scoring touch again in front of goal — he ended last season strongly, and if he can continue in a similar vein it will be a big boost in the new campaign. However, the other name on the scoresheet might just have been even more pleasin 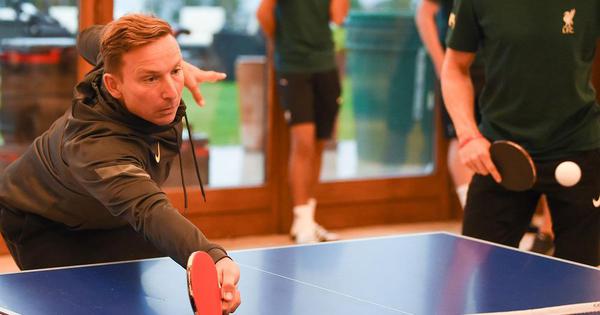 Don’t cry because it’s over, smile because it happened. Pep Lijnders has penned his last pre-season diary entry, and with that the Lijnders Files must draw to a close — at least for now. Over the last few weeks, the assistant manager has provided a huge amount of insight into Liverpool’s preparations, and into the aims and challenges for the campaign ahead; his final post was no different, offering a glimpse into the mentality that Jürgen Klopp has fostered as he prepares for a fresh Premier Lea 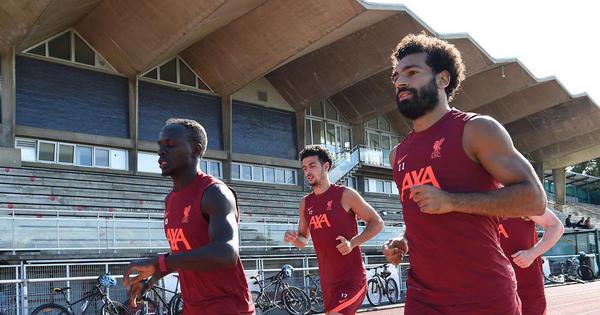 Pep Lijnders’ insight will be missed when the season gets underway. His pre-season diaries have been providing a unique look into Liverpool’s preparations, and the latest entry is no different. Among the most interesting insights in this edition is the revelation that the coaching staff have welcomed some free-kick and penalty specialists into the camp, specifically focusing on the mental side of set pieces. Neuro11, a sports psychology company from Germany, claims to help athletes “learn to co 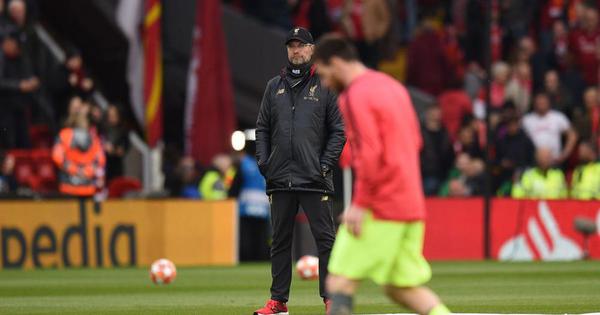 Welcome to our Liverpool.com media watch piece. Maybe not the first, we've definitely done transfer round-ups before, and European round-ups, so I guess in some ways it's not that new at all. Anyway, we thought we would enter the world of football in a broad and roundabout manner for you and have some fun with some of the stories and captions doing the daily rounds. Where else to start? Lionel Messi, the generational symbol of Barcelona, looks on the brink of joining PSG ( per the Telegraph ). 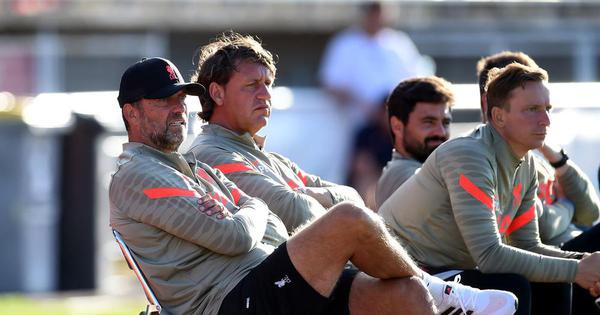 The new Liverpool campaign is almost upon us. Pre-season is all well and good, and Jürgen Klopp will certainly reflect on a lot of positives from the preparatory work that has been done, but now is the time when we see if it has paid off. With the curtain-raiser against Norwich City now tantalisingly close, the Liverpool.com writers put their reputations on the line with some season predictions. James Martin is first up to the plate: The big question. For the first time in a while, four teams h 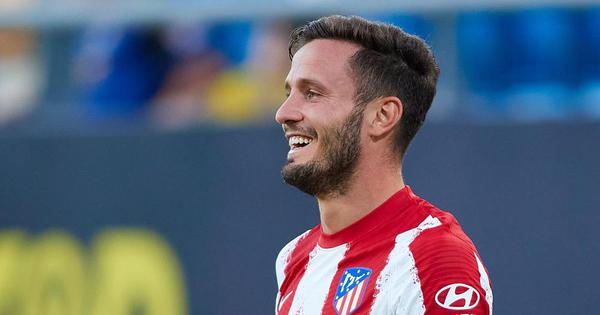 Welcome to our Liverpool.com media watch piece. Maybe not the first, we've definitely done transfer round-ups before, and European round-ups, so I guess in some ways it's not that new at all. Anyway, we thought we would enter the world of football in a broad and roundabout manner for you and have some fun with some of the stories and captions doing the daily rounds. It’s not often Liverpool get the chance to beat the same team twice in the same day. Yet that’s exactly what happened in the late 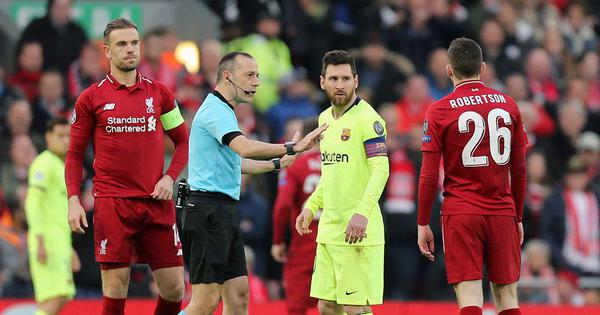 Somewhere deep in the bowels of FSG HQ, this conversation is no doubt taking place. Multiple red lights are flashing on the Liverpool transfer dashboard — maybe a siren has even gone off. The prospect of signing the greatest player to ever grace football has made Michael Edwards physically sick. After taking a few deep, steadying breaths, the conversation can be broached a little more rationally. As though speaking to a small child, Edwards points out that Messi is 34 years old. There is very l 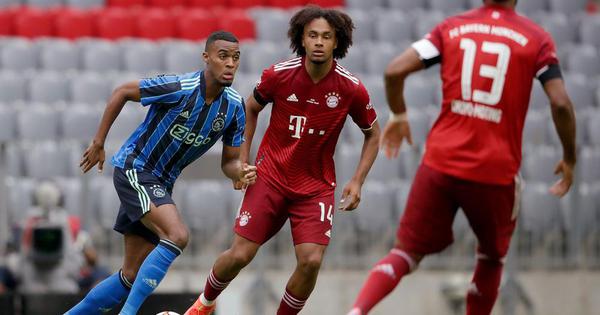 Of all the Georginio Wijnaldum replacement whisperings, the name of Ryan Gravenberch is perhaps the most intriguing. The 19-year-old from Ajax has a massively high ceiling, and is already performing at a good level as a regular for the Dutch champions. He even featured for the national team at Euro 2020. Fresh rumours have linked the teenager to Liverpool, albeit with the suggestion that a transfer is unlikely to materialise until 2022. The delay would be frustrating, but patience could be a vir 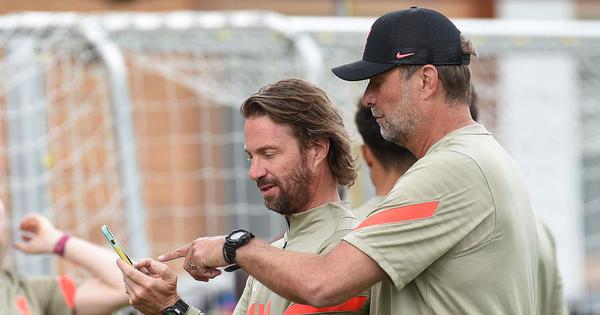 The next Erling Haaland names Liverpool as ‘biggest goal’

There’s only one Erling Haaland, but his cousin doesn’t do a half-bad imitation. Albert Braut Tjåland, the cousin of Haaland, has recently made his first-team debut for Molde — scoring after seven minutes, of course. We wrote recently that Tjåland is exactly the kind of high-risk, high-reward deal that FSG need to be looking at while on a constrained budget; a recent interview with Norwegian outlet TV2 has since surfaced, in which the player names a transfer to Liverpool as the “biggest goal.”
Load More Articles
Close ✕